Marrons Imbert carefully select and transform fruits to deliver an exceptional chestnut. Beyond the final aesthetic to which we attach a true importance, the delicacy of our candied chestnuts comes from our absolute quest of respect for the texture and original taste of this fruit. A beautiful fruit, a skillfully measured sugar, a slow and meticulous confection are essential assets to deliver an exceptional experience.

We first select most noble raw materials, from the most well-known castanicultural soils. Then we carefully and meticulously sort and peel fruits, to guarantee flavor’s finesse and delicacy and actually the high quality of our products. The result is our reward!

Every year, our know-how guarantees you a taste unity across fruit vintages. Our Know How is key to sublimate chestnuts : we adapt ourselves to the specifics of this living material. We combine our experience, the evolution of our traditional methods and our requirement for quality to offer you the quintessence of fruit : Chestnut of Aubenas by Imbert®.

Our satisfaction : your delight

And if we take pleasure in doing our job well, our satisfaction is proportionate to your delight as you taste our products. This has been our primary motivation for over a century as of now.

A bit of history

Marrons Glacés d’Aubenas were born at the beginning of the last century, from a partnership between Gustave Imbert, an industrialist and Eugène Contassot, a pastry chef from Aubenas. In 1920, just after the first world war, Gustave Imbert bought his partner’s shares and the company became known as Marrons Imbert .

In 1950, Gustave Imbert died and his son Maurice succeeded him. Perfectionist and lover of his product, he truly observed traditional methods of chestnut confection which made company’s success and reputation. In 1993, he handed down to his granddaughter, Stéphanie Imbert-Nogier, who runs the company since then.

Get our news, discover our products, our preparation and tasting tips, our ideas of recipes... 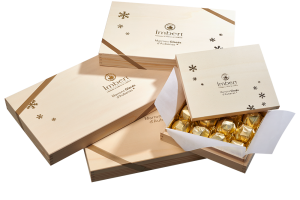 Enjoy yourself and others with this delicately sweet confectionery. Thanks to a strong know-how in Ardèche, Marrons Glacés of Aubenas by Imbert® is a true pleasure to share. 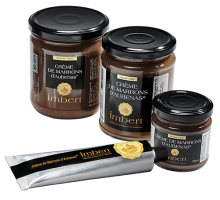 Flavor of childhood on a slice of bread, with a yogurt, on a pancake or in the famous “Ardéchoise” ice cream cup, there are so many ways to taste chesnut spread of Aubenas by Imbert. And mind it is quickly addictive ! 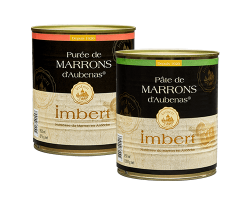 Our chestnut based products (puree and paste) allow to control texture and sweetness of your various preparations. 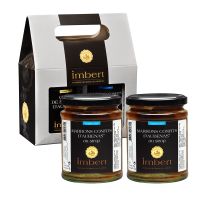 Do you know our candied chesnuts, very useful in pastry ? Have you ever tested our candied orange peel with such an intense taste? Would you like to make a small gift? You will always find a way to satisfy your delicacy.